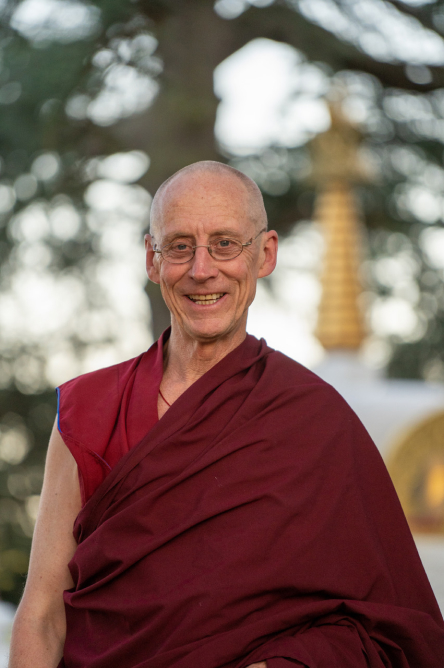 Geshe Losel is a graduate of the Institute of Dialectics in Dharamsala, India and studied there under the famous scholar Gen Lobsang Gyatso. A British monk, Graham Woodhouse is one of the very few Westerners trained in the traditional Tibetan way as a geshe. He received his geshe degree from Drepung Loseling Monastic College. He has knowledge of the texts, skill in translating, and an ability to convey the subtleties of Buddhist thought in lucid English. He lives at Nalanda Monastery, a branch of the Foundation for the Preservation of the Mahayana Tradition, in the south of France.

A Glance Meditation on the Entire Path. From The Arising of All Attainments, The Yoga of Guru and Avalokiteshvara Indivisible, by His Holiness the Dalai Lama. A very concise lam rim verse summary. You can download Geshe Losel’s translation see here. Teachings in English with Czech translation.